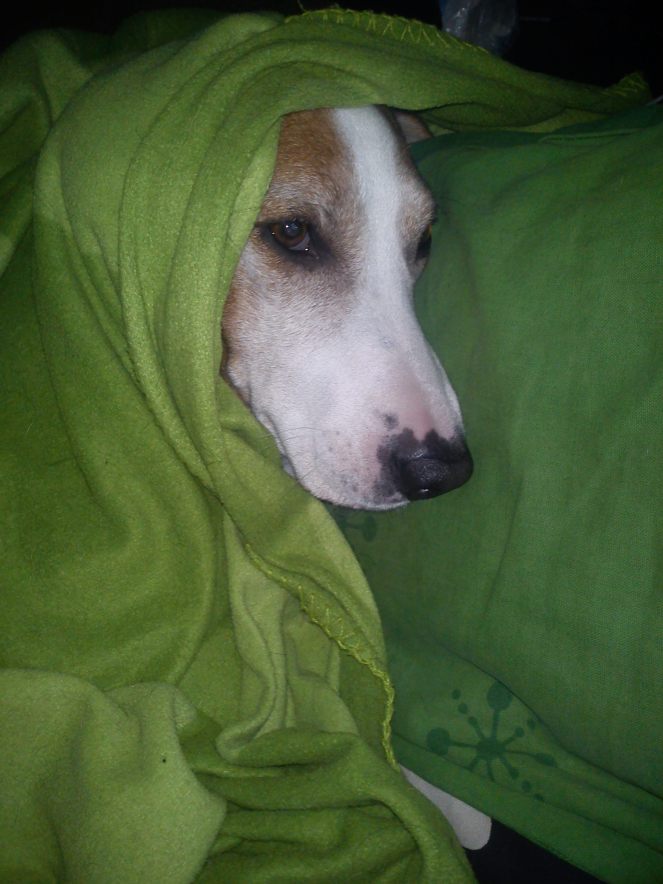 The following post is about my first dog. When I describe our first meeting, you’ll probably think that I project human feelings onto the animal. You know what? I really don’t care. The fact that I over read her reaction is actually the reason why I ended up with her in the first place.

For several years I suffered from social anxiety. Suffocating, paralysing anxiety that made it difficult for me to go to public places. Big crowds was unbearable. At the time I met Ella, I had barely been out of my apartment on my own for over a year. One magic moment was going to change my life forever.

I have always liked animals, but was never the kind of person that had to pet all dogs I could find. Neither did I have any plans of getting a dog. I met a woman who called her self a temporary foster parent to this dog. She was looking out for a permanent home for her. Ella had a rough start of her life. She was neglected and had been abandoned several times. The first time we met, was in a big crowd of strangers. We were both nervous, and just wanted to get out of there. Our next meeting turned out quite different. I was invited to their home. To Ella’s safe place.

When I arrived, she kept herself in the background, and wouldn’t greet me. Though, after a while she came over to me and looked at me. I became numb. Not from fear, but from recognition. I got goose bumps. She stared at me, and I stared at her. Her eyes were like mirrors to my soul. Anxiety and sadness over behaviour from cruel people. The scepticism toward others. Two broken souls met, and bonded. She laid her head in my lap, and made a satisfying sigh. I gave her a back rub and a massage. She stood up, and licked my face. Me, who couldn’t stand the saliva from dogs. Usually I wouldn’t even let a dog lick my hand… Six months later, she moved in with me. Together we became stronger, Ella and I.

This is a text widget, which allows you to add text or HTML to your sidebar. You can use them to display text, links, images, HTML, or a combination of these. Edit them in the Widget section of the Customizer.